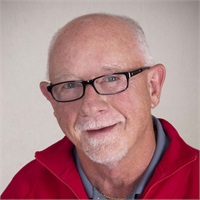 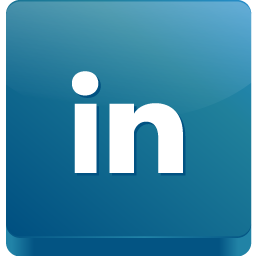 Connect with me on LinkedIn

Paul has over 40 years experience as a Financial Advisor. During his 38 years as a Financial Advisor with Edward Jones, he built his branch office to become one of the top producing offices in Nebraska and was consistently a top producer out of over 12,000 US advisors company wide. He also qualified for Managing Partners conference 24 years (awarded to the top 2% of all Advisors), was named to Senior Management Committee for 5 years, and was previously responsible for all hiring of new Financial Advisors in a 6 state area of the mid­ west. He was very involved in the company's official mentor and coaching programs, helping scores of advisors grow their business and achieve higher levels of performance.

Paul founded Garnett Investment Strategies, LLC(GIS) in 2013, along with his daughter, Traci Garnett-Froscheiser, also a Financial Advisor. Paul & Traci work to customize clients' portfolios with an array of different investment solutions including stocks, bonds, mutual funds, managed accounts, and insurance solutions. Not only do they have traditional strategic strategies available, they offer multiple money managers with a tactical or dynamic discipline for downside protection of portfolios. GIS offers a high level service model with a personalized approach to reach and exceed client goals and expectations by continually analyzing, educating, and advising. Paul works with a diverse list of clients including individuals, small businesses, farmers, professional athletes, coaches, sports agents, 401ks, endowments, trusts, and foundations.

Paul sat on the Gage County Economic Development Corporation for 33 years and served as Chairman for 24 years. He was awarded "Admiral in the Great Navy of Nebraska" by Governor Bob Kerry for efforts in leading the Region and State in Economic Development. He has also served on several other boards, including YMCA, Chamber of Commerce, Centenary United Methodist Church, Beatrice Country Club, Southeast Community College Athletic Foundation, Nebraska Golf Association and the University of Nebraska Athletics Fund.

Paul has been involved in over 20 private equity companies including agriculture, technology companies, medical emergency evacuation, and health and dietary startups, and has over 30 years of successful agricultural involvement in grain, egg, poultry, and swine production.

In 2003, Paul was accepted into the NFLPA® (National Football League Players Association) and in 2015 he was asked to speak at the Superbowl pre-game activities for coaches, players, former players, agents and fans on investment management.

Paul was born in Madison, Missouri and raised on a family farm. He graduated with a B.S.E.from Truman State University in Kirksville, Missouri in 1973 where he played varsity basketball and baseball. He also pursued graduate studies in Finance and Economics. He and his wife Alicia have 2 children; daughter Traci along with her husband David and their daughters Harper, Ashton and Blakely, and son TJ.